Home / About Buddha / Death of Buddha

Death of the Buddha 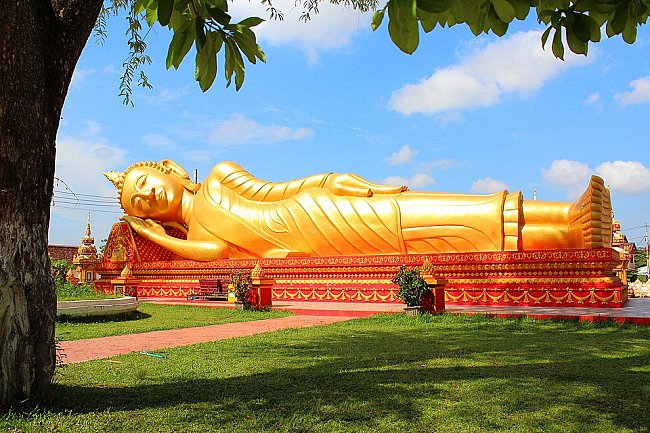 Although he had attained enlightenment, as a human Shakyamuni Buddha had to die. According to traditional belief, this took place in Kushinagara in India when he was eighty years of age. The physical death of the Buddha is termed Mahaparinirvana, the ‘great state beyond nirvana’. Shakyamuni Buddha became a tathagatha – ‘one thus gone’. 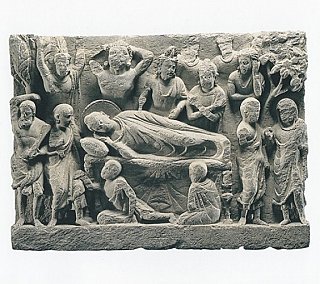 According to tradition, Shakyamuni Buddha departed from his life while lying on his right side and supporting his head with his right hand, a position known as Mahaparinirvasana. His last instruction to his disciples was to ‘be a light to yourself’ – once again placing responsibility firmly on the individual. In this relief from a Gandharan stupa, the tranquil form of the reclining Buddha forms a dramatic contrast to the morning disciples, who are showed in controrted attitudes of grief. Only one monk, mindful of the Buddha’s teachings, sits in peaceful meditaion.

"Let a person be a light to himself and learn wisdom. When he is free from delusion, he will go beyond birth and death."
- Dhammapada