Bhaja Caves is a group of 22 rock cut caves built during the 2nd century BC. This cave is also known as Bhaje caves and is located in Pune district, near Lonavala, Maharashtra. The Caves belongs to the Hinayana Buddhism sect in Maharashtra. The cave consists of numerous stupas and the most prominent excavation is chaityagrha- cave XII. This cave is regarded as a good example of the early development of wooden architecture with a vaulted horseshoe ceiling. Another notable cave is Cave no. XVIII which has a pillared verandah in front and is adorned with unique reliefs. 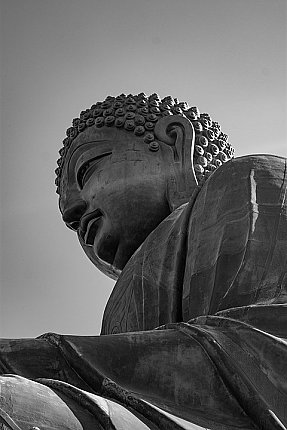 The architectural design of Bhaja Caves shares with the designs of Karla Caves. Among the monuments carved in the caves, Chaityagriha is the largest shrine with an open, horseshoe-arched entrance. The Chaitrya has unique reliefs which are based on the Indian mythology. The chaitygraha also includes Buddha statues along with the inscription which mentions the name of the donor, Maharathi Kosikiputa Vihnudata. The inscriptions also mention that the caves have been there for at least 2200 years. All total, there are eight inscriptions in the caves.

The caves also include a waterfall near the last cave which provides water during the monsoon season. The water from the waterfall falls into a small pool at the bottom.

Some of the Notable caves in Bhaja Caves

Cave VI: This cave is irregular vihara which has two cells on each side and three on the back side. The windows are beautifully ornamented.

Cave IX: This cave is similar to cave VIII at Pandavleni Caves. This cave has a rail pattern ornament with broken animal figures. This cave also consists of verandah on the frontal side.

Cave XII: This cave consists of the chaitya hall which is the earliest surviving chaitya hall constructed in the second century BCE. The hall consists of the stupa and has the wooden columns slope inwards supporting the roof. The walls of this hall are polished in the Mauryan style. The hall has a large horseshoe-shaped window which was set above the arched doorway. The chaitya in the hall is 26 ft 8 inches wide and 59 ft long, with the semi-circular apse at back, and having aisle 3 ft 5 inches wide, separated from the nave by 27 octagonal shafts.

Cave XIII: This cave is 30 ft long and 14.5 ft deep. This Cave also has rail pattern and the material mainly used in this cave is wood.

Cave XIV: this cave is facing towards the northern side which is 6 ft 8 inches wide and 25.5 feet deep, with 7 cells. This cave includes stone benches, square windows and stone beds.

Cave XV: this cave is a small Vihara which is 12.5 ft wide and 10 ft deep. This cave has two semi-circular niches and a bench on the right side.

Cave XVII: this cave is also a small vihara which is 18.5 ft long and 12.5 ft deep with 5 cells. The cave has two inscriptions.

Cave XIX: this cave is a monastery with a verandah. The door has guardian figures on both sides. This cave has an imprint of Hindu god Surya riding a chariot and Indra riding on an elephant.

Along with the caves, the site also consists of notable stupas which are located inside and outside of the site. The five of them are inside and nine of them are outsides. The stupas contain relics of resident monks who died at Bhaja. The Three stupas have the names of three monks- Ampinika, Dhammagiri, and Sanghdina- who probably have died there and these stupas contain the relic of these venerated monks. Another stupa displays stavirana Bhadanta.