Bojjannakonda and lingalakonda are two Buddhist caves which are situated near a village called Sankaram in Andhra Pradesh, India. It is believed that the caves are constructed between the 4th and 9th century A.D. It was the period when all the Buddhism ideology- Hinayana, Mahayana, and Vajrayana flourished at Sankaram.

The Bojjannakonda and Lingalakonda caves lie on the same hill but in different directions. Bojjannakonda lies is the eastern side of the hill while Lingalakonda lies on the western side of the hill. The hills contain numerous monolithic stupas, rock-cut caves, chaityas and monasteries making the hill one of the most remarkable places for Buddhist shrines in Andhra Pradesh. 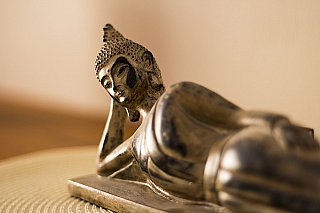 It is believed that around 2000 years ago, Buddhist monks used to worship on the hill since it was known as Buddhuni Konda. Literally, it means the hill of the Buddha and in due course of time, it began to know as Bojjannakonda.

As it is already mentioned, the Bojjannakonda cave lies on the eastern side of the hill. In this side of the hill, there are a large group of monolithic stupas, which surrounds the Maha stupa of which the dome is constructed of brick. Among them, two of the brick stupas has the stone relic in the form of miniature stupas.

There are six rock-cut caves on this side of the hill. Among them, some of the caves have sculptured panels which consist of seated Buddha statue and his attendants. The main cave has sixteen pillars out of which five of the pillars are broken. The main cave houses a monolithic stupa in the center. Just above of this stupa, on the ceiling, has a carving of a chhatra or umbrella which was originally connected with the top of the stupa. But in the present context, the shaft is lost. Above of this cave, there is an upper storey which houses Buddha statue.

It is recorded that in the foothills of this hillock, an image of goddess Hariti is built.

The place was excavated in the early 20th century with the support of Alexander Rim. This ancient site's unique feature includes the Buddhist arts and architectures from all the three phases of Buddhism- Hinayana, Mahayana, and Vajrayana.

On the western side of the hill, there consists of series of caves popularly known as Lingalakonda caves. These caves consist of a large number of rock-cut small stupas forming the shape of a ridge. It is recorded that when the excavation was conducted, a large number of antique Buddha statues and Buddhist relics were recovered. This excavation was conducted with the support from Mr. Alexander Rea in the early 20th century.

It was also recorded that pottery, seals, terracotta inscribed tablets, terracotta beads, and terracotta figures were also excavated. The gold coins on Samudra Gupta of Gupta dynasty, copper coins of Eastern Chalukya King Vishuvardhana surnamed Vidhamasiddhi and a lead coins were also recovered. These artifacts provided the information that the early Buddhist settlements in these areas, dates from 2nd and 9th century CE.

It has been recorded that as Buddhism gained popularity in the ancient time, it began to spread and there was constructed an educational hub in many regions with the main objective to spread the teachings of Buddha. Therefore, the educational hubs and viharas for monks were also seen at Thotlakonda, Bavikonda, Pavurallakonda, around Visakhapatnam. These areas were flourished between 3rd century BCE to 3rd century CE but gradually faded out with the rise of Hinduism. That's the main reasons why most of the Buddhist temple and caves were unknown and were needed to do the excavate the areas.